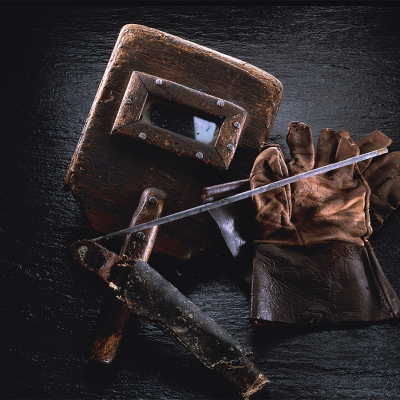 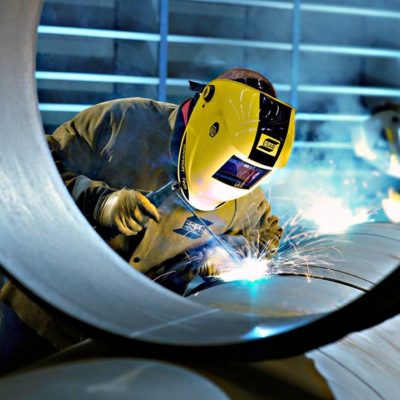 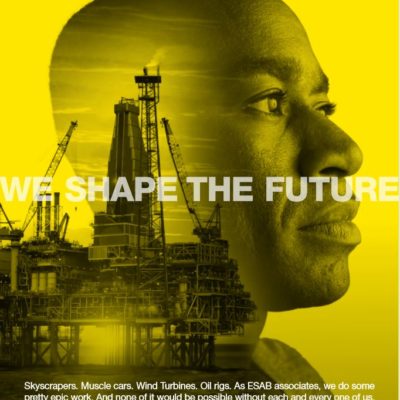 The story of ESAB is the story of welding. When our founder Oscar Kjellberg developed the world’s first coated welding electrode in 1904, he launched a company whose innovation and uncompromising standards have helped create the history of welding itself.

For more than 100 years, ESAB has been powered by the will to continuously seek new and improved ways of serving our customers. This has made ESAB a world leader in welding products and advanced cutting systems.

In 2012, ESAB was acquired by Colfax Corporation, one of the world’s leading diversified industrial manufacturing companies. Colfax, like ESAB, is a solidly customer-focused company that places strong emphasis on constant innovation and improvement.

The foundation of ESAB was built early in the last century by an inventive engineer who sought a practical solution to a common problem.

In 1904, Oscar Kjellberg produced a heavily fluxed, or coated, electrode that substantially improved the quality of weld metal. As it melted, the flux coating vaporized and formed a gas that shielded the molten weld metal from air, thus preventing embrittling reactions from occurring as the weld metal cooled.

Lightly coated electrodes of various types had been tried before, and some of them permitted faster welding, but none of them improved the weld metal properties. Kjellberg was the first to recognize the possibilities of the heavy flux coating in preventing atmospheric contamination and is today recognized as the inventor of the coated electrode. To this day, tens of thousands of welders encounter his initials in the form of an OK on the welding consumables they use.

Since Kjellberg founded Elektriska Svetsnings-Aktiebolaget (ESAB) in Sweden in 1904, the company has led the welding industry in engineering and innovation, never losing sight of ESAB’s original mission to provide its customers the highest caliber of products and services.

Today’s ESAB is the result of a 1989 union of industry leaders: Alloy Rods Corporation, L-TEC Welding & Cutting Systems, All-State Welding Products, ESAB Automation and ESAB Welding Products. These companies represent more than 300 years of experience in welding consumables and equipment manufacturing, and have introduced many innovative products and processes, including stainless stick and low hydrogen electrodes, as well as submerged arc, TIG (“Heliarc”) and MIG welding.

The ESAB Group, Inc. is the wholly owned subsidiary of Colfax Corporation.

From the firsts by our founder to our global growth, we take pride in what we’ve accomplished in a century and a decade. But we do so with a keen eye on the next 110 years. What can we do better? It’s only when we seek to build upon all we’ve learned, to perfect the innovations our customers count on to work confidently, to push ourselves and our company further that we can boldly face the future. This is how we continue to write the history of welding and cutting. Because at the end of the day, it’s not where you’ve been that matters most – but where you’re going. And for us, that’s forward.

With 110 years of innovation under our belts, we’re looking to further shape the future of welding and cutting — starting now.

Responsible for ensuring customer claims are entered and maintained and communicated to SSC /...

The main purpose of the role is to operate and oversee the GL activities of a geographic region or...

Position Overview The main purpose of the role is to operate and oversee the controlling...

The main role purpose would be focused on to cover purchase ledger, and proper costing, with the...

Any cookies that may not be particularly necessary for the website to function and is used specifically to collect user personal data via analytics, ads, other embedded contents are termed as non-necessary cookies. It is mandatory to procure user consent prior to running these cookies on your website.